The open hatch just forward of the breakwater on the starboard side leads to the Wardroom. The twenty officers ate meals in two shifts. The Wardroom mess was financed by contributions from each officer. Their meals were cooked separately from the enlisted men by the officer’s cook in the Wardroom pantry. Prior to World War II, the Wardroom had an atmosphere similar to a gentleman’s club, with formal meals, proper attire, and a strict code of conduct. The war necessitated a relaxation of the formalities, as meals were often eaten hurriedly by officers more concerned with winning a war than observing etiquette.

The Wardroom also served as the main battle dressing station at general quarters. The doctor was stationed here to wait for possible casualties. The long table served as an operating table and was equipped with a surgical light and emergency lighting overhead in the event the ship lost power. 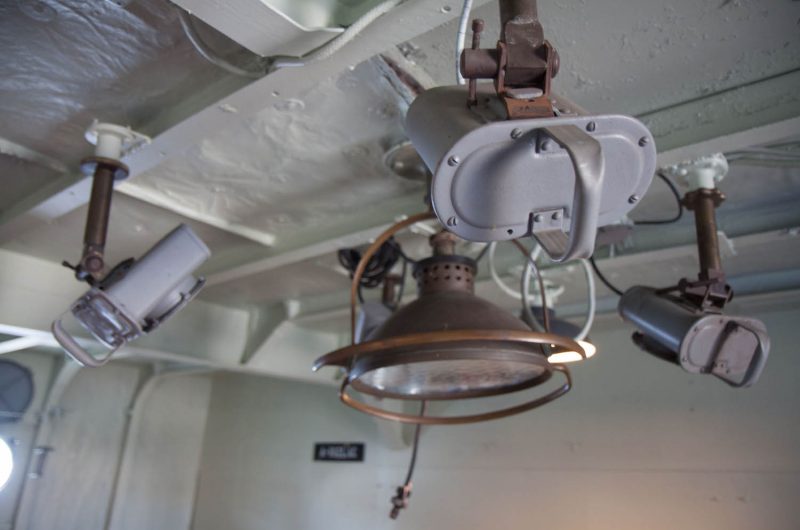