The Chief Petty Officer’s Mess is directly aft of the Bosun’s Locker and the Forward Enlisted Head. This was the lounge for the fifteen or so Chiefs on board. While smaller than the Enlisted Mess, it is slightly more comfortable. Rather than hard wooden benches, the Chiefs enjoyed cushioned booths surrounding one side of their dinner tables, with straight-backed chairs on the outside edges. A small pantry was located to the starboard side of this space.

Just aft of the Chief’s Mess is an ammunition handling room for 5″/38-cal. Gun Mount 51. To either side of the handling room are the Chief Petty Officer’s quarters. Just as with the enlisted quarters below, the CPOs slept three bunks high. Their bunks, however, were more cushioned and their lockers were all upright.

The Chief Petty Officers were the senior enlisted men on the KIDD. Each division, or group of specialists, contained a chief who served as trouble-shooter, technical expert, father figure, judge, jury, and chaplain to his men. They were a group apart; experienced ex-enlisted men with ten to twenty years of service experience. The wise officer always consulted his chief before making a decision. These men never seemed to have to read the manual to figure out the problem. They just seemed to know the answers by instinct and intuition, drawing on their many years of experience. In essence, you could say that a chief (or CPO, as they were also known) had “been there, done that.”

The mystique of the Chiefs and their mess was enhanced by the fact that few enlisted men were allowed into the chief’s quarters, and those that went, more often than not, were expecting a fierce chewing out. Known as the “Goat Locker” to the rest of the enlisted crew, this was the home of the group traditionally known as the “backbone of the Navy.”

Just aft of the handling room and the Chief’s Quarters lies a small bathroom on the port side. This was the Chief’s Head. While spartan, it still has all of the amenities, featuring a pair of lavatories and toilets, one shower, and one urinal. 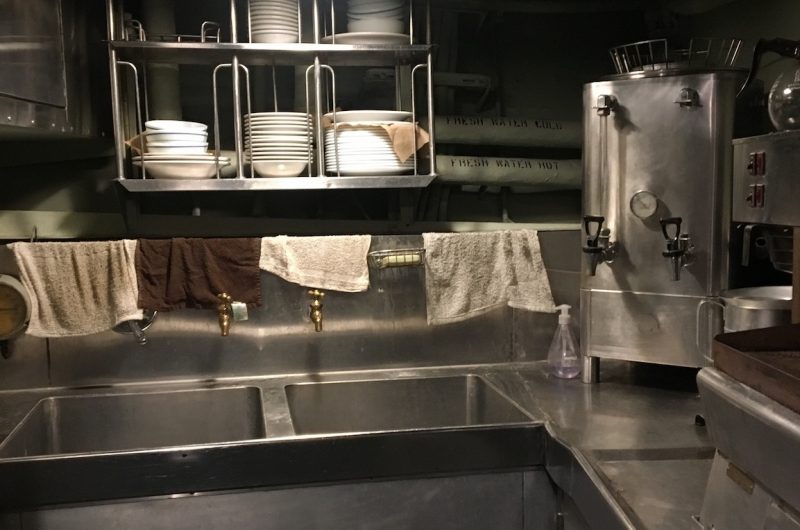 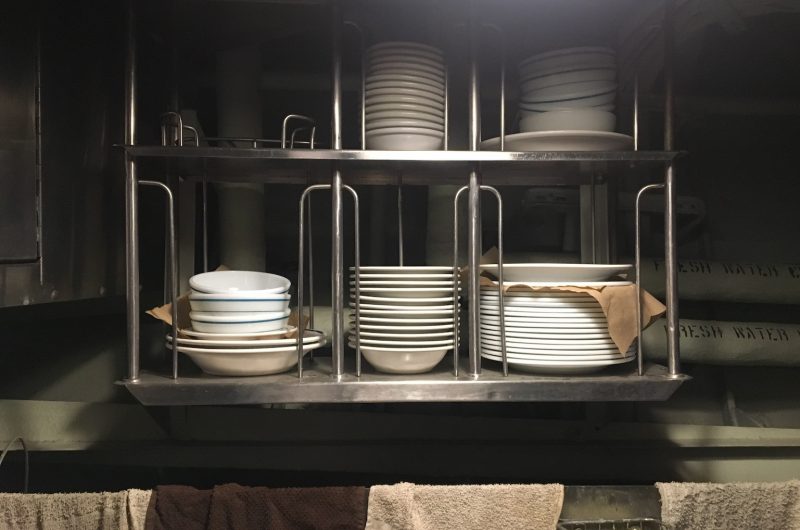 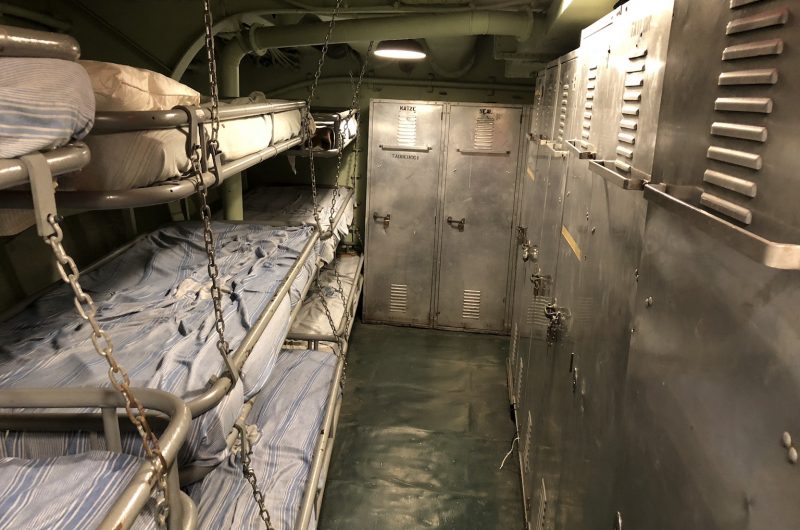 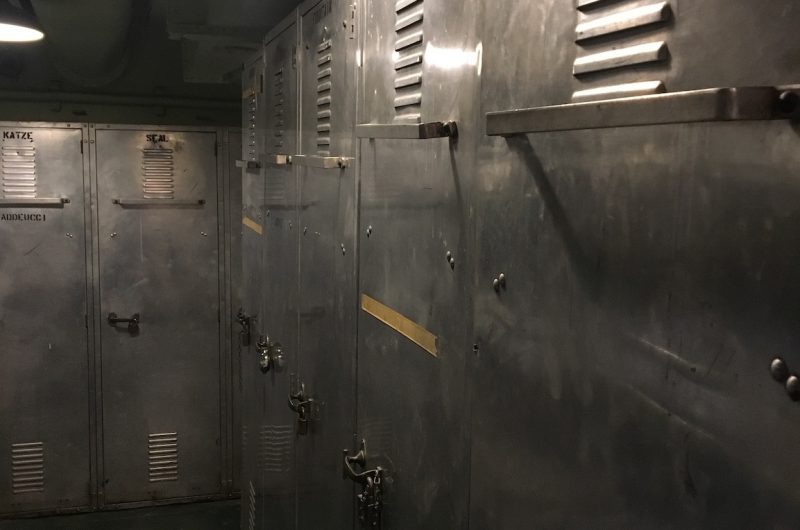 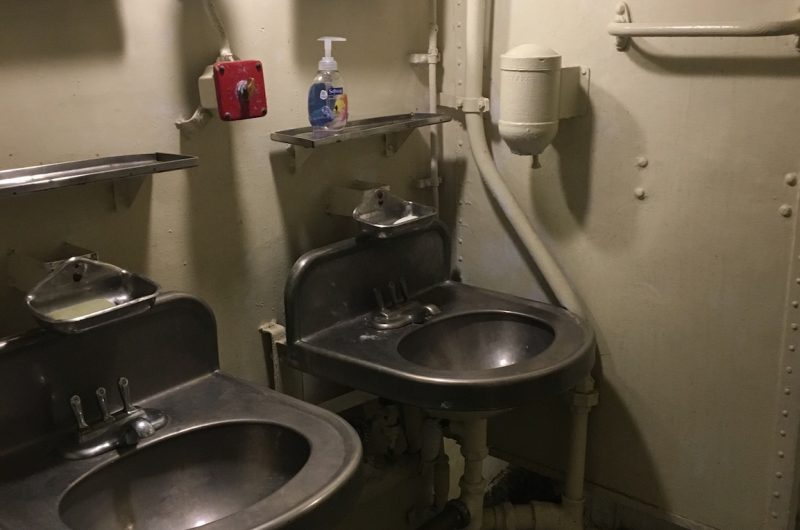