Located on the main deck level and directly above IC-Plot is the Combat Information Center. Known as CIC, this space served as the ship’s radar tracking room. Locations of nearby ships and aircraft were plotted on the Plexiglas window so that they could keep track of ships in the formation. If a radarman got an unidentified contact, its position would be plotted and the identity confirmed. Keeping a constant picture of radar contacts was the best way of separating friends from enemies.

The pictures on the radar scopes were transferred in grease pencil to the large Plexiglas plotting board, so the information could be viewed by all observers simultaneously. On the relative motion plotting board, the KIDD would be placed at the center, and the locations of other ships and targets drawn in around the center by the compass bearing (directions) and radar range (distance from center). During battle stations, the CIC was so crowded that the summary plotter stood outside the compartment and wrote backwards on the Plexiglas. Approximately twelve men manned CIC at general quarters to keep vital information flowing to the bridge and gun control stations. 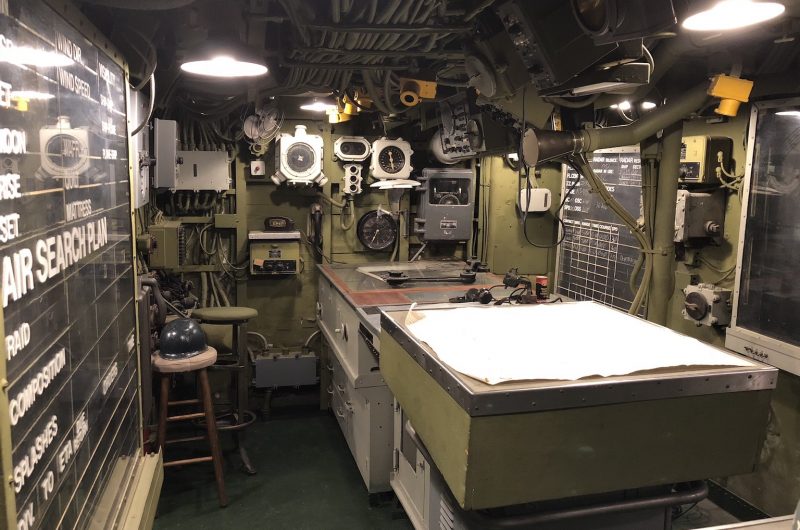 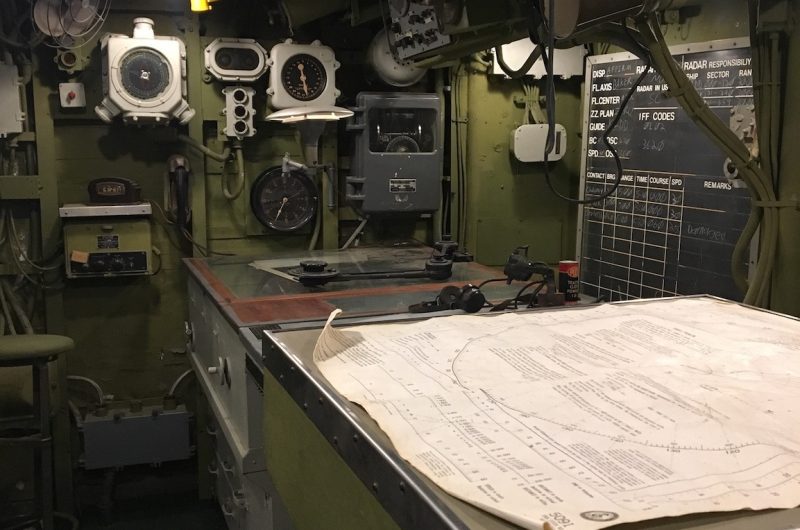 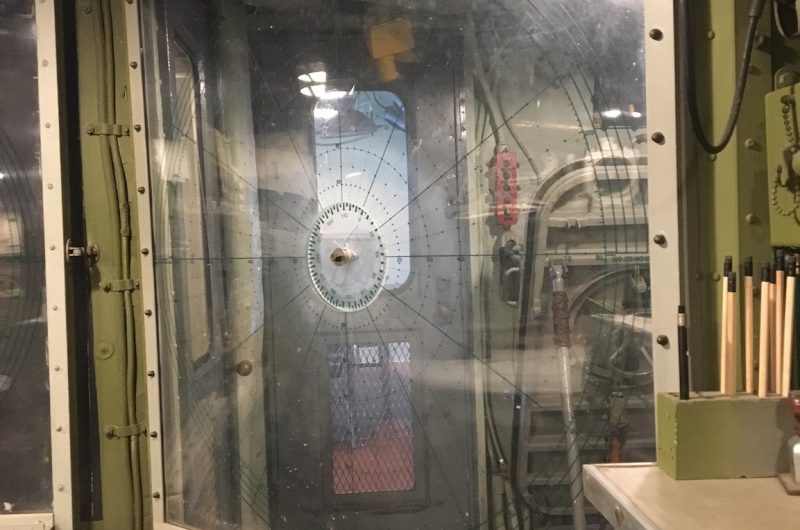 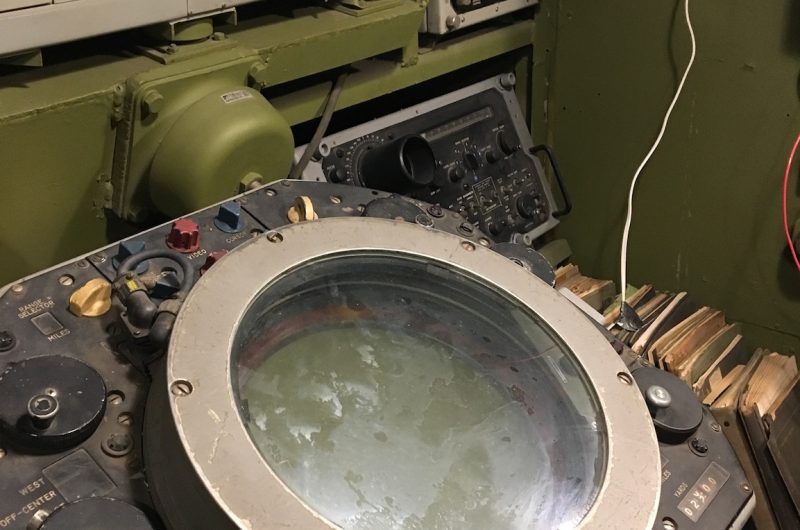 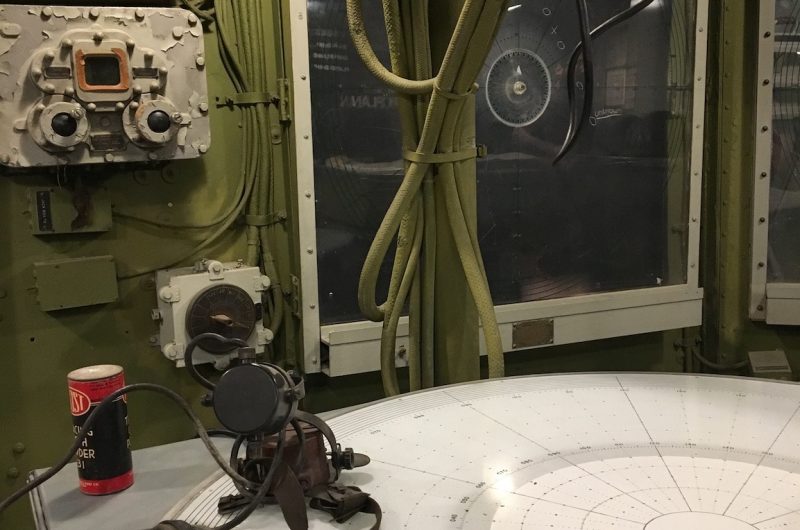 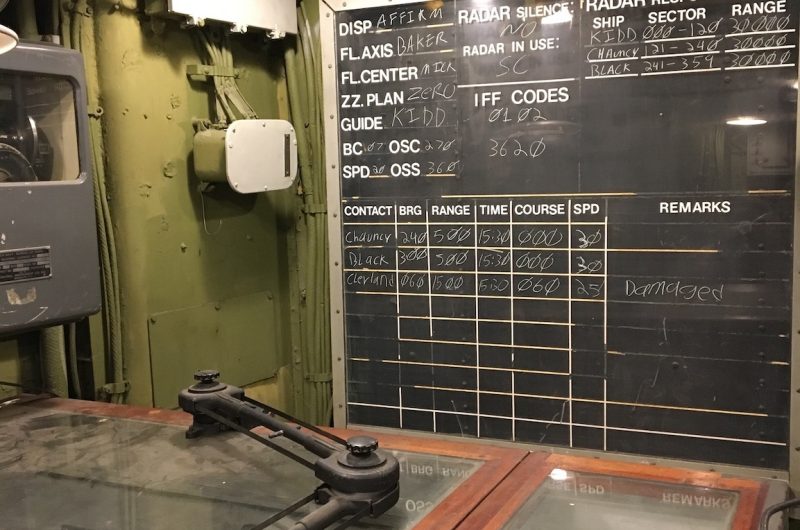 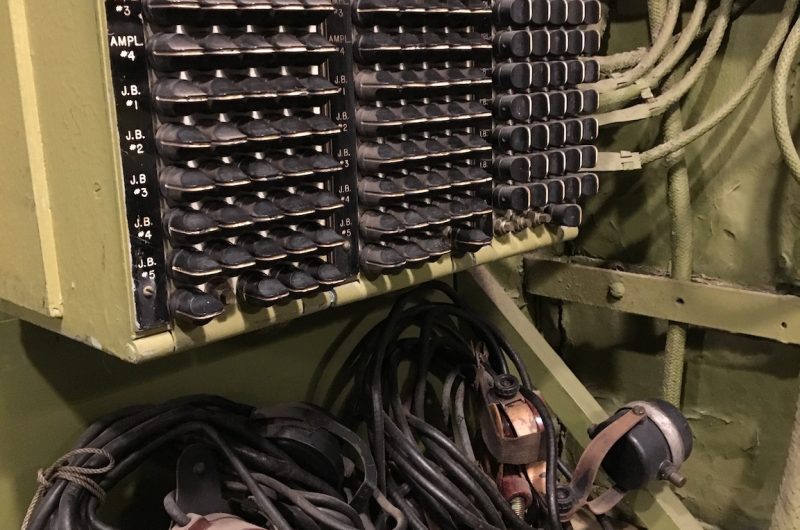 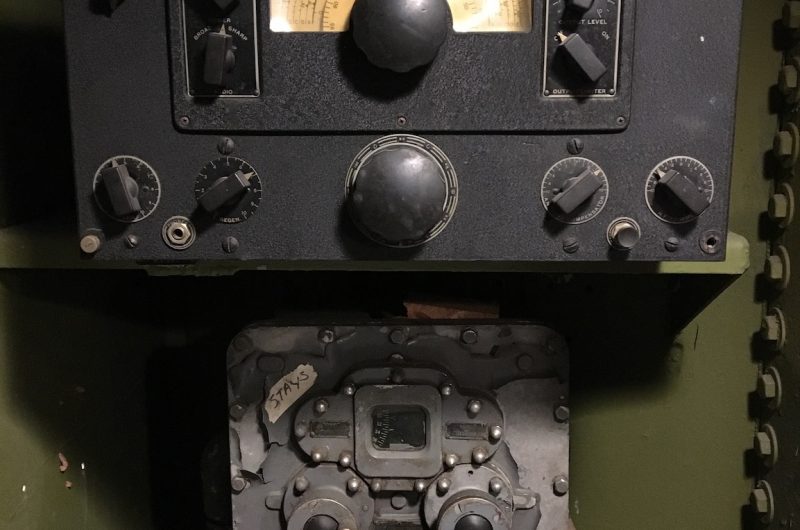