The Laundry & The Whaleboats

You are now on the main deck port side. As you move forward from the Midships Passage, note the hooks on the deck house. These hooks were for the crew’s laundry bags. The Laundry is inside the next hatch and contains a washing machine, dryer, extractor, and laundry press. It was a hot, sticky place to work amidst the piles of laundry. The laundry schedule was set up by divisions, with each division scheduled for laundry on a certain day of the week. Officer’s laundry was done separately. All clothing was stenciled so the men could sort out their gear. The laundrymen took a great deal of abuse for misplaced socks and t-shirts.

You will notice hanging just above you and forward, one of the ship’s two 26-foot diesel-powered whaleboats. The original whaleboats were constructed of wood, but the boats which we were able to obtain as replacements are fiberglass. Wooden boats have not been made since the 1950s. Each boat carried twenty-five men and weighed three tons loaded. The boats served as utility boats for pilot rescue and transfers between ship and shore. They were also equipped as lifeboats in an abandon-ship situation. As the two boats could handle only fifty men together, the rest of the crew would embark on the life rafts. The whaleboats are hung in radial davits (cranes) that are swung out by guy lines when lowering preparations are made.

The boat falls are the heavy block and tackle from which the boats are suspended. The boats were lowered by the boat winch which you saw earlier on the port side. The coiled lines hanging over the boats are called monkey ropes, knotted lines that the men could hang onto while the boat was being raised or lowered. The boats were manned by a crew of three: a coxswain (who steered), an engineman, and a bow hook, or seaman (who handled the lines). When the ship was at anchor, a boat boomheld the boat alongside the ship. An accommodation ladderwas rigged over the side and provided access to the ship from the whaleboats when at anchor. When underway, the ladder was stored inboard alongside the bulwark.

A large winch is visible outside of the Laundry on the main deck portside. This was the boat winch. It was used to raise and lower the two whaleboats. The lines to raise the boat were led to the winch by blocks (pulleys) spotted around the deck. This is called fair leading. 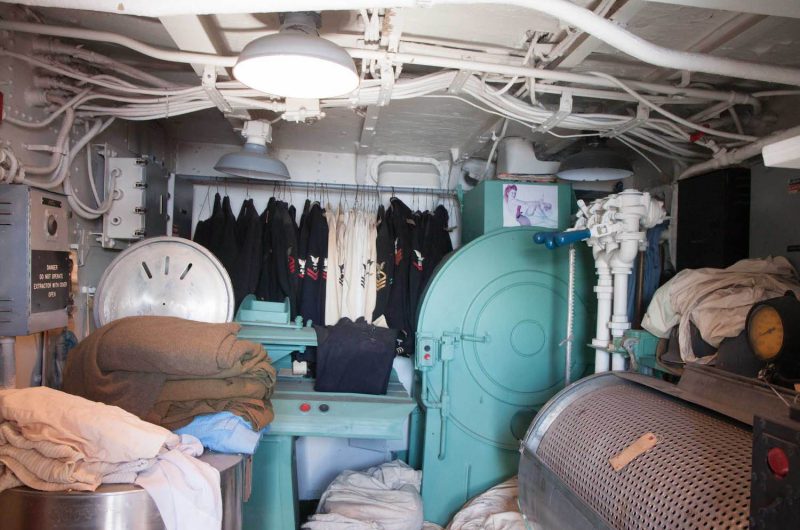 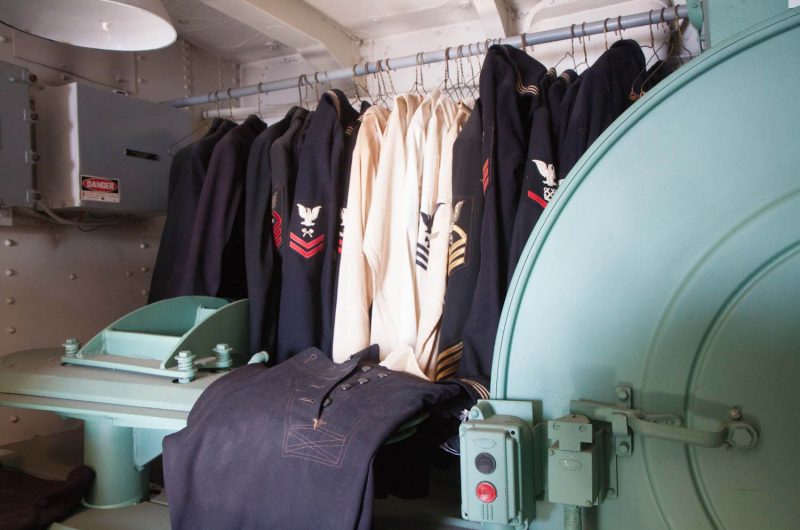 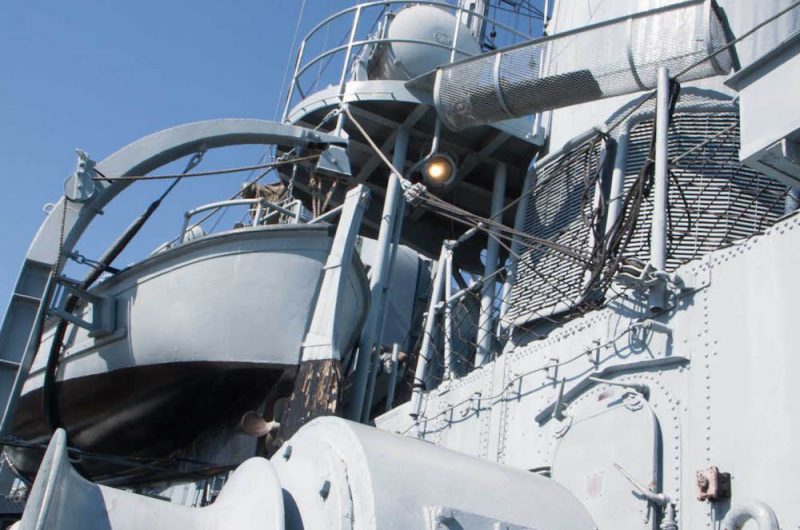 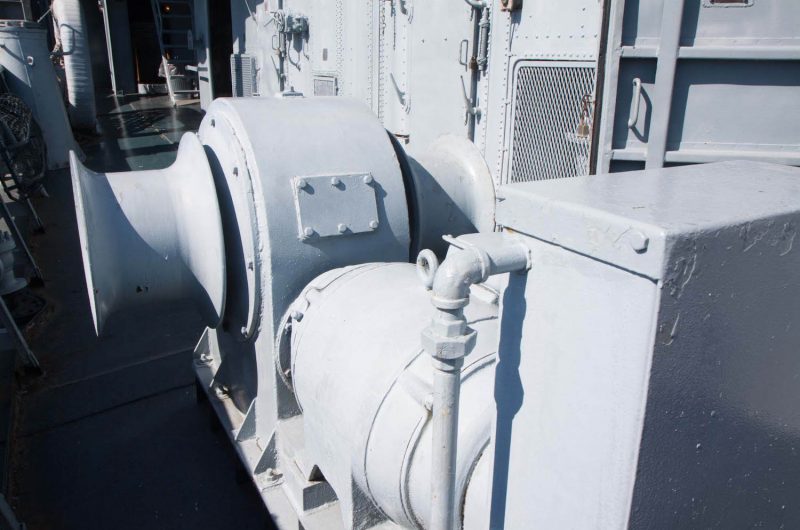