Below each 5″/38-cal. gun mount aboard the KIDD is an ammunition handling room. This is where the projectiles and powder canisters were transferred up to the gun crew from the magazine down below and provided them with a steady supply of ammunition during battle.

In the center of the compartment is the projectile hoist and powder passer’s platform. This rotated with the gun mount. All the while a man would stand inside, passing powder upward. The black markings on the deck were non-skid and helped the loaders keep their footing on the pitching deck during rough seas. It also served the dual purpose of showing the danger area that they had to keep clear of in order to avoid injury from the pivoting base of the gun.

The 5-inch ammunition was in two parts to make it light enough to handle easily. The 54-pound projectiles were sent up to the gun via the hoist. The 28-pound powder cases were passed up manually to the sailor on the platform and then shoved up to the gun. The hand wheel served as a manual method of operating the hoist in the event of a loss of power.

Powder cans and projectiles were stacked along the bulkheads. A dredger hoist was provided for keeping the upper handling room supplied from the lower magazines, which were directly below in the lowest part of the ship.

In some of the handling rooms, you can see long wooden poles on the bulkheads. These were the gun cleaning rods. They were screwed together with a bore brush on the end and pushed into the gun barrel to clean it after firing.

You will also see projectiles with varying color schemes scattered throughout the five handling rooms. These denote the type of projectile: anti-aircraft, explosive, illuminating, and smoke. The illuminating projectiles were commonly nicknamed star shells. The KIDD was struck by three star shells fired from the 5-inch guns of the battleship USS NORTH CAROLINA (BB-) in November of 1943, causing minor damage.

Five to six men were stationed in each of these spaces at a time. 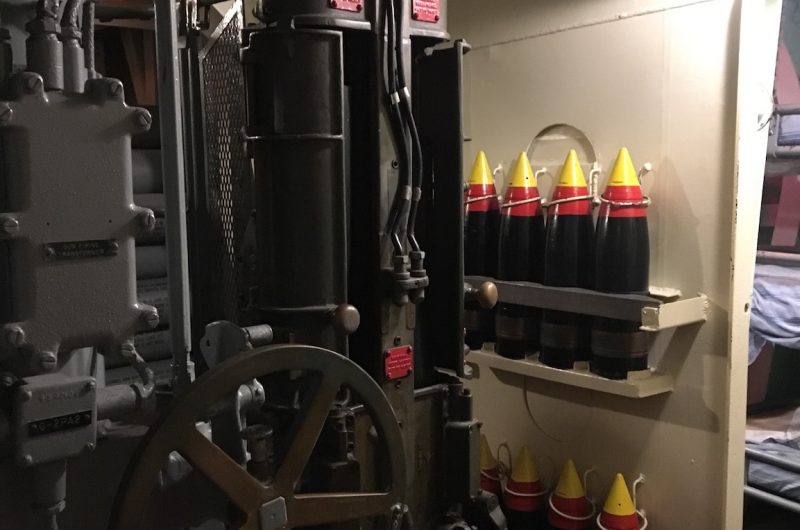 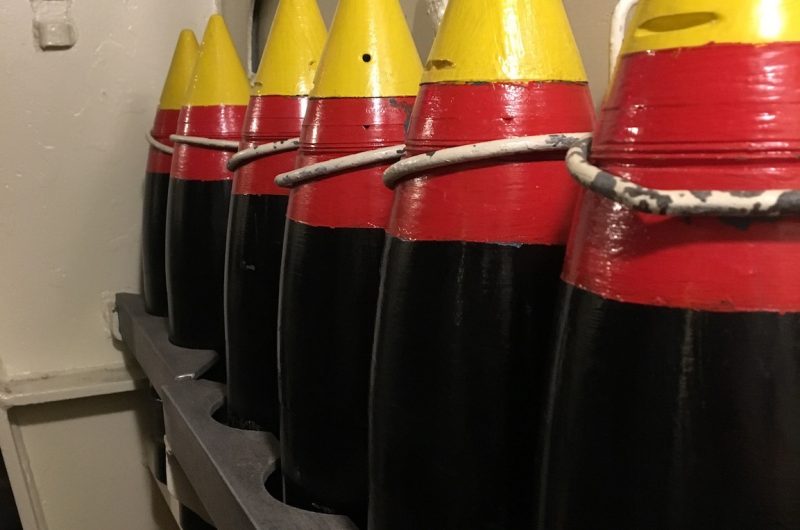 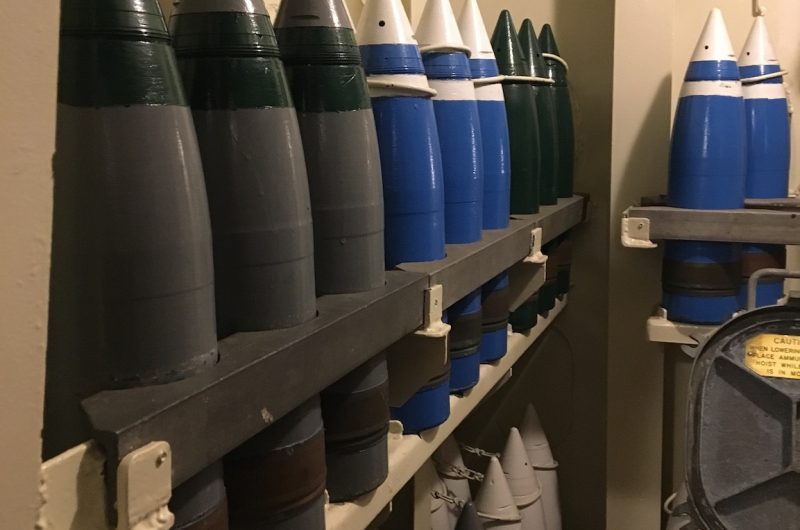 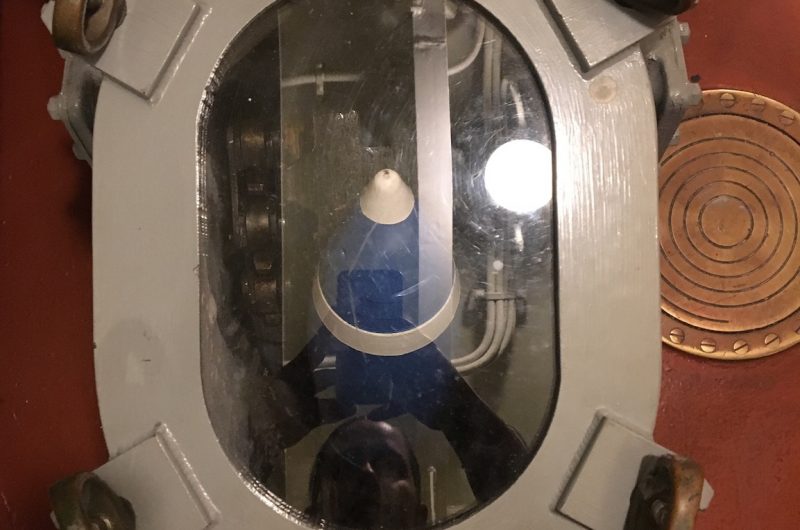 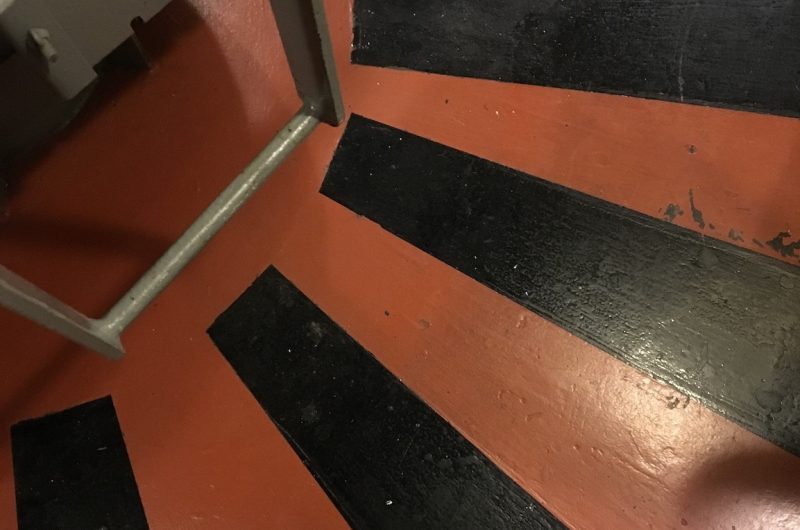