A Record of Discovery and Restoration

Caption (3 photos below): Corrosion and wasted metal resulting from the acidity of the cement leveler have caused some damage to the Officer’s Wardroom. 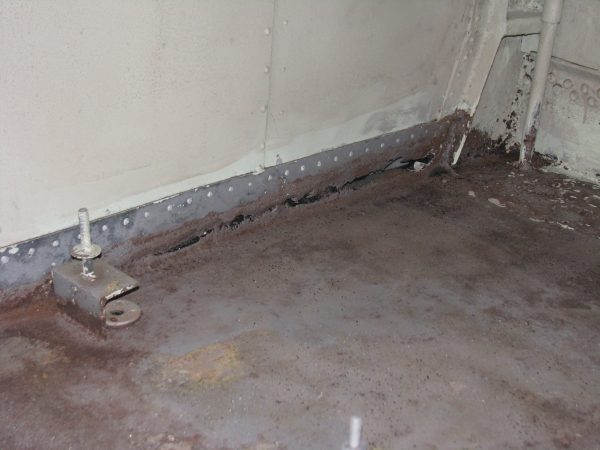 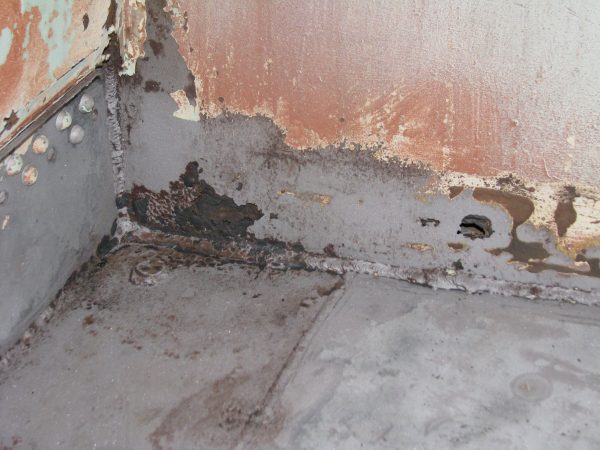 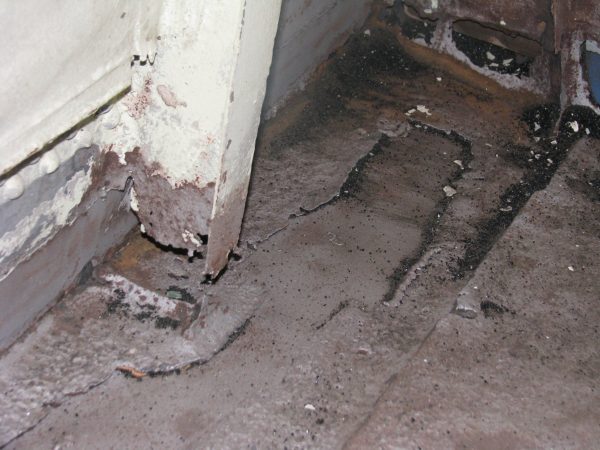 Caption (below): The cement has been chiseled out, the deck blasted to remove residual cement, and the bare metal treated for rust. 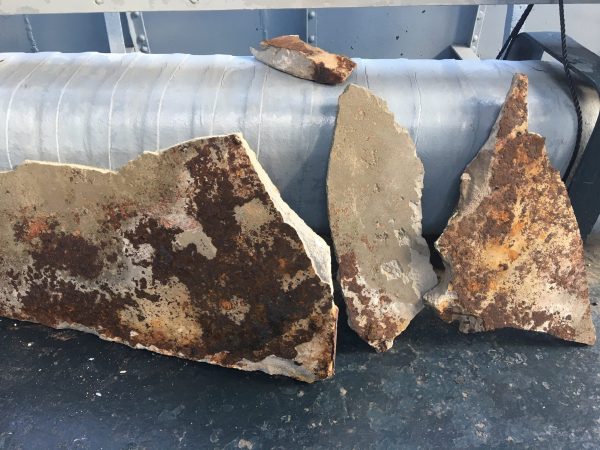 The restoration of the Officer’s Wardroom has turned into a real archaeological effort. Upon blasting the deck to remove residual cement, we discovered small, regularly-spaced, threaded holes around the dining table. Anyone with knowledge of what these holes were for and when they may have been installed please contact us. 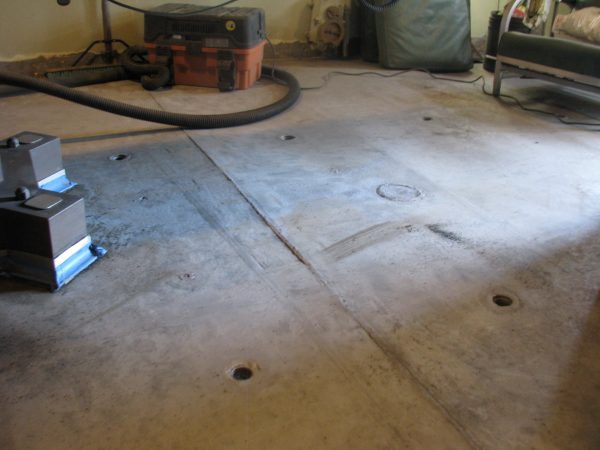 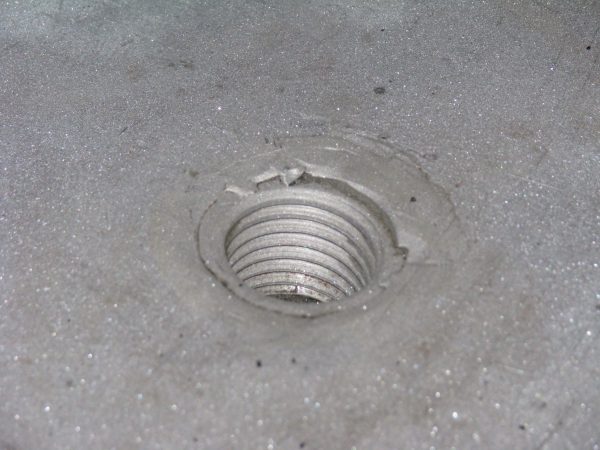 The deck was then primed and top-coated before the furniture was returned. The space has now returned to its true World War II appearance, furthering our attempts at faithfully returning the USS KIDD to her 1945 glory.