High Water on the Mississippi River 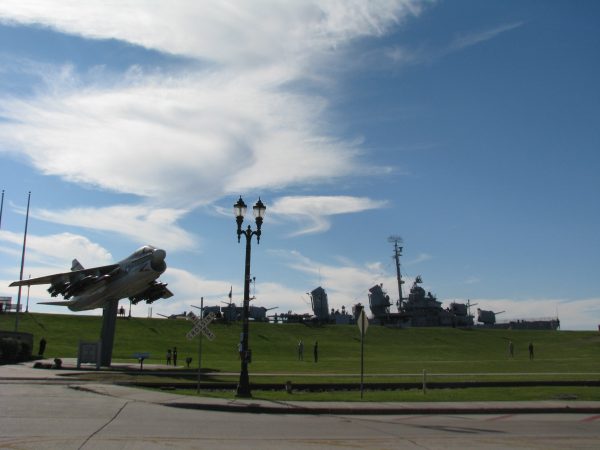 Caption: The KIDD is mostly visible above the levee from street-level due to the floodwaters coming downriver. 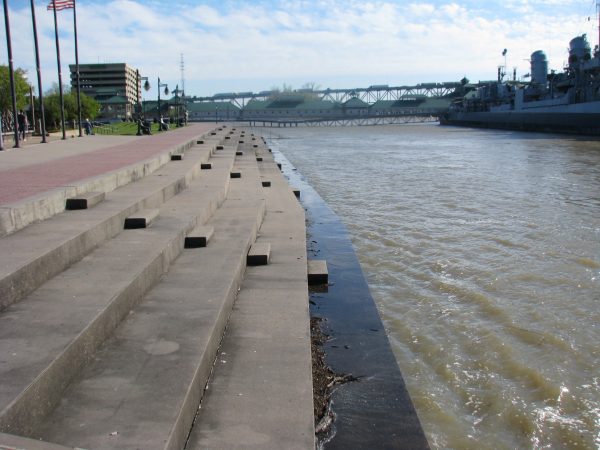 The river is only five steps from the top of the levee. The highest the river rises is the third step from the top before the U.S. Army Corps of Engineers opens the Morganza Spillway into the Atchafalaya Flood Basin to reroute floodwaters. 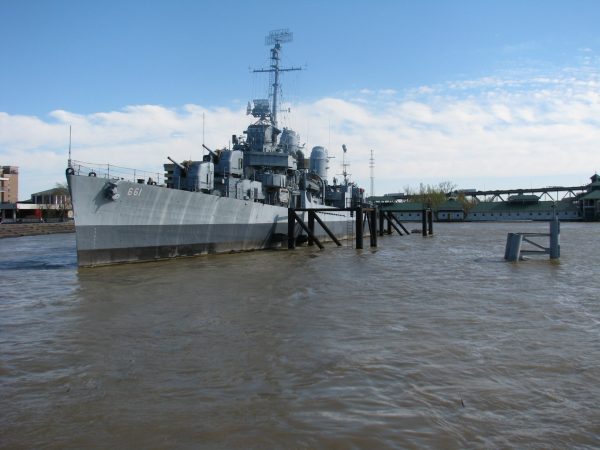 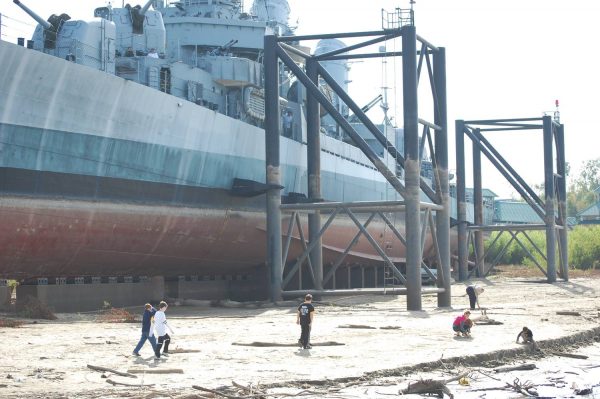 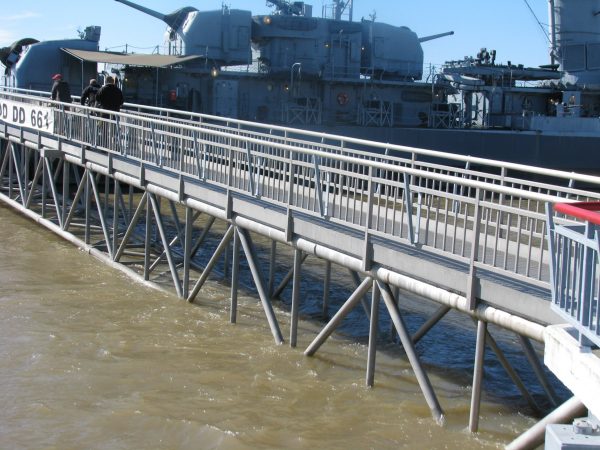 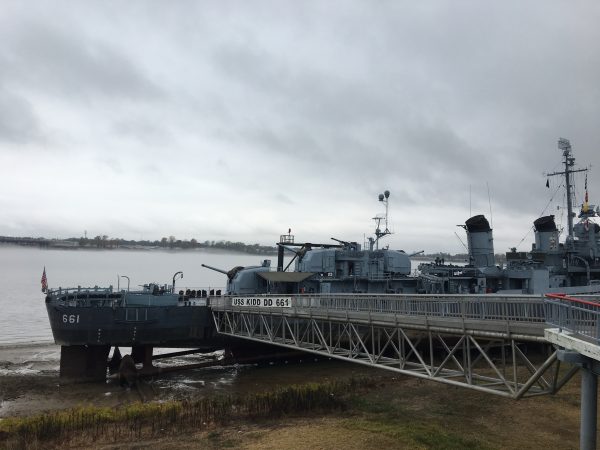 Caption (2 photos): The photo on the left shows he underbody of KIDD’s own gangway seeing a bit of emersion. The right shows the gangway’s large drop during dry season.